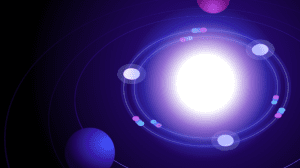 Cosmos, an interoperable blockchain ecosystem, has launched Stargate, a set of upgrades that adds new capabilities and performance improvements to blockchains built with the Cosmos software developer kit (SDK). Among these upgrades is the Inter-Blockchain Communication (IBC) protocol. This, Cosmos believes, delivers true interoperability by allowing blockchains to talk to each other. The effect may be to create a standard for cross-blockchain coordination and exchange.

Christopher Goes, Lead Developer of the IBC protocol, commented: “For the first time ever, blockchains will be able to trustlessly connect to one another — bringing in a new era of networked blockchains, much like how TCP-IP brought in an era of networked computers. IBC will have a transformative impact on the blockchain space by creating an ecosystem of politically independent chains that can interact via trade and information exchange. Knitting together many different blockchains can form a new crypto-economic system which is more resilient, efficient, and locally sovereign.”

Cosmos describes itself as a decentralised network of independent, scalable, and interoperable blockchains – with more than 200 projects in the Cosmos Tendermint ecosystem. 70 of these are running a mainnet.

Focused on scalability and usability, Cosmos claims it enables developers rapidly and easily to build blockchain applications. By enabling blockchains to transact with one another, Cosmos is establishing a network of application-specific chains. These will span user-owned and operated platforms for:

IBC is relevant because it provides a reliable backbone for a token economy. It will, allegedly, enable anyone, anywhere to facilitate quick and secure exchanges across chains. The Cosmos Hub is the first blockchain to support IBC in production.

Stargate makes it possible for Cosmos SDK-based blockchains to:

Other additions coming with Stargate

In addition, Cosmos has released performance improvements with the Stargate upgrade. These include:

Stargate is, according to Cosmos, its largest software upgrade. It represents a collaborative effort between seven distributed entities in Cosmos ecosystem. Based on decades of academic research, these teams with their shared vision have produced an academic-based, verifiable and robust ‘Internet of Blockchains’. This collaboration was spearheaded by teams from:

Ethan Buchman, Co-Founder of Cosmos, commented: “We are at the cusp of the web’s evolution into Web 3.0 and the Stargate release is making the Cosmos ‘Internet of Blockchains’ a reality. Sovereignty and interoperability are no longer mutually exclusive and we are excited to welcome people into the Cosmos ecosystem so we may build the decentralized web together.”

Enterprise Times: what does this mean

Communicating between blockchains is a continuing challenge. It is why the Cosmos IBC should attract interest. The approach taken was to develop a specification first. This meant the architects designed and documented a complete, canonical specification of the abstractions and logic to be used in the protocol – before writing code.

They designed the specification to deliver sufficient detail so that:

For those interested, the IBC specification is available in full form on Github and in condensed form as a paper. The 1.0 IBC release includes a canonical 1.0 specification version. It is this which is implementable by any blockchain developer for specification-compliant IBC result.