The bullish narrative built around Layer 2 tokens, as users got priced out of Ethereum’s (CRYPTO: ETH) mainnet, failed to materialize this year, as per Delphi Digital.

What Happened:  Instead, tokens that dedicated a part of their treasuries to incentivize users such as Polygon (CRYPTO: MATIC) and Avalanche (CRYPTO: AVAX) ate the lunch of L2 projects like Loopring and Arbitrum, the firm said in a note. 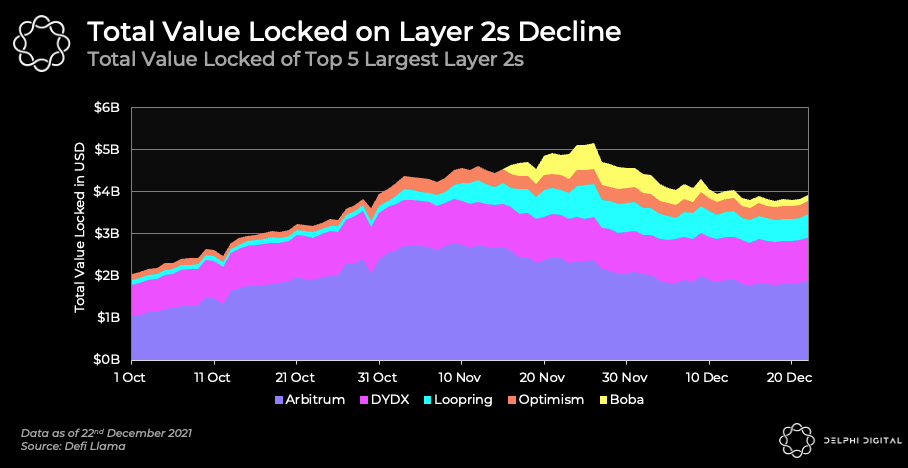 “L1s have been the central narrative for the better part of this year. As the scaling wars heat up, it doesn’t seem like this trend will end anytime soon,” wrote Delphi Digital.

The firm said “market confidence” has resulted in the price of L1 chains lingering around all-time highs towards the end of 2021.

Delphi Digital pointed out that both Terra (CRYPTO: LUNA) and AVAX adoption has “grown significantly” through the year. 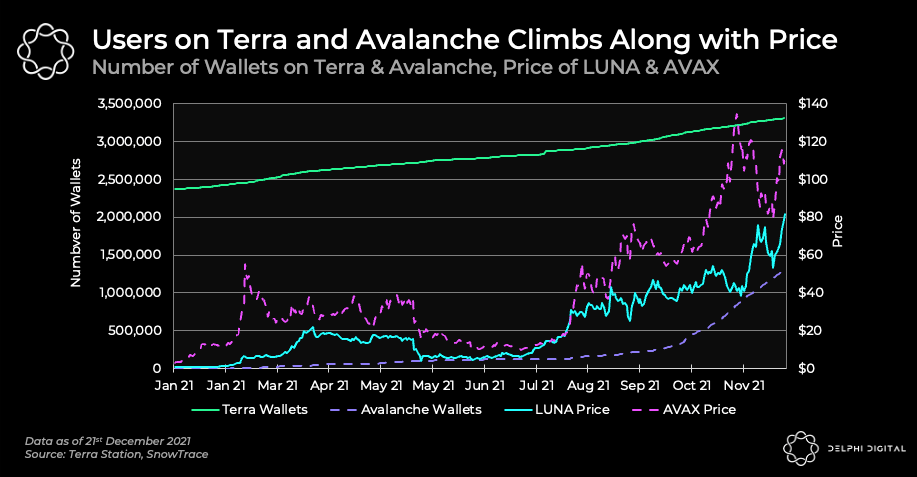 Number Of Wallets On Terra And Avalanche Along With LUNA, AVAX Price — Courtesy Delphi Digital

“Since Jul. 1, the number of addresses interacting with Avalanche increased by roughly 22x, while addresses using Terra grew by 22%,” noted Delphi Digital.

While Avalanche is a newer chain and is “bound to have a steeper growth curve,” that does not diminish the growth the network has seen this year, as per the research boutique.